Today we welcome Annette Dashofy, author of the fab Zoe Chambers Mysteries series, the latest of which, UNDER THE RADAR, was released on Feb. 25th. And the previous book in the series, FAIR GAME, has just been nominated for an Agatha award for Best Contemporary Mystery. Take it away, Annette, and congrats on the nomination!

Thanks so much for having me back!

My Agatha nominee buddy, Ellen Byron, asked me about my “bucolic” setting and how it inspired me to write about murder. It’s simple really. Start with a farm, add one kid with a very active imagination, sprinkle in a few family folklore tales, and you have the recipe for the Zoe Chambers Mystery Series.

I literally have lived my entire life on the family farm. My parents built a house on a couple of acres of my grandfather’s 150-acre dairy. Then my husband and I built our house on ten more of those acres.

Yep. That’s me. You can see the old farmhouse—the one I used as the Kroll’s home in the first three books—in the background. See those outbuildings to the left of the photo? That’s where my house now stands.

My childhood was spent playing in the barns, riding on the back of tractors, feeding chickens, and “helping” Grandpap work on machinery. Sounds lovely and peaceful, doesn’t it? Except Mom and Grandma were frantically admonishing me not to climb on the hay, not to climb on the baler or hay elevator (which looked like a really BIG sliding board to me), to stay away from the PTO (power take-off) connection on the tractor, and to feed the chickens on time.

What’s so important about that last part? Let me tell you, if you step into the hen house to gather eggs later than those feathered beasts are used to, they will fly down from their roosts in a flurry of feathers and beaks and talons. It’s the stuff horror movies are made of.

In other words, what looked bucolic to others, was a constant source of potential danger in my eyes. Or at least, in Mom’s and Grandma’s.

Other farm dangers: Hay baled before it has properly dried will ferment and burst into flames, burning down the barn. Oily rags from working on farm machinery, left in a pile, will do the same thing. Farmers have had appendages ripped from their bodies by having their clothing snagged on the exposed PTO connector. I know of one farmer who climbed off his tractor to pick up a bale of hay, the tractor somehow started moving, and the farmer fell and was run over by the loaded hay wagon. Amazingly, he lived to tell the tale.

Armed with a multitude of known dangers, when I decided to write a murder mystery set in farm country, it was easy to add some malicious intent and come up with murder.

Then there’s the family folklore. My mom used to tell the story of her two bachelor uncles who died under mysterious circumstances. She would whisper about her suspicions of murder/suicide and her theory about a neighbor being responsible. I heard this tale repeated over and over as I grew up. Once I was an adult, I decided to investigate. It took me about fifteen minutes to learn it never happened. The two old bachelor uncles died ten years apart. There was no double murder, no murder/suicide. But, hey! I write fiction! I could take Mom’s story and put it in a book! And I did. Lost Legacy (the second in the series) involves a similar dark tale from Zoe’s family’s past.

Alas, Under the Radar involves much more traditional methods of homicide. Firearms. Horace Pavelka, a school friend of Zoe’s, who has been the victim of bullying as long as she’s known him, finally defends himself and immediately surrenders to police. The homicide is deemed self-defense. Horace is released from custody amid threats of retribution from the dead bully’s buddies. When one of them turns up dead in Horace’s kitchen, shot in the back, and Horace disappears, the police, including Zoe’s fiancé Police Chief Pete Adams, question his innocence in both deaths. Meanwhile, while Zoe is determined to find her friend before the cops do and prove him not guilty, she’s drawn away on the road trip from hell. With her overbearing mother. In a blizzard. To track down information on her long-lost half-brother.

Is this move away from farm-related homicides permanent? Oh, heck no. I’m a country gal through and through. There are plenty of dangers lurking in those barns and fields to provide material for years to come. I haven’t even started to tackle murder by barbed wire yet!

About UNDER THE RADAR: Paramedic and deputy coroner Zoe Chambers responds to a shooting and discovers her longtime friend, Horace Pavelka, has gunned down a man who’d bullied him mercilessly for decades. Ruled self-defense, no charges are filed. When another of his tormentors turns up dead in Horace’s kitchen, Police Chief Pete Adams questions the man’s innocence in both cases…especially after Horace and his girlfriend go into hiding.

While fighting to clear her friend, Zoe is handed the opportunity to finally learn what really happened to her long-lost sibling. What starts out as a quick road trip on a quest for answers leads her to an unfamiliar city in the middle of a November blizzard, where she finds way more trouble than she bargained for.

Pete’s own search for his missing fiancée and a missing murderer ultimately traps him in a web of deception. Face-to-face with one of the most cunning and deadly killers of his law enforcement career, Pete realizes too late that this confrontation may well be his last. 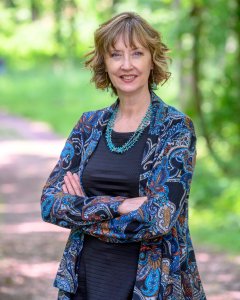 Annette Dashofy is the USA Today best-selling author of the Zoe Chambers mystery series about a paramedic and deputy coroner in rural Pennsylvania’s tight-knit Vance Township. Annette has garnered five Agatha nominations including her current nomination for Best Contemporary Novel for FAIR GAME. She is the vice president of the Pittsburgh chapter of Sisters in Crime Chapter and is on the board of directors of Pennwriters. UNDER THE RADAR is the ninth in her series.

Readers: How about you? Do you imagine danger in the most innocent-looking settings? Or are you surprised to find that those peaceful surroundings harbor deadly hazards?