While we’ve never been the subject of a crazy Florida news story, we do have some stories of our own about the Sunshine State. This week, we’re keeping the Florida party going, in honor of Lisa’s debut novel, Cardiac Arrest.

As a kid, I was obsessed with a roadside attraction called Jungle Larry’s. I really, really wanted my dad to take me there—mostly due to the ginormous sign with the bright yellow arrow and enticing toucan. You can see it here on Jungle Larry’s website.

My dad tried to distract me with the Edison and Ford Winter Estates (ho hum) and even a doll museum, but I finally wore him down. It was sweltering hot on the Big Day and I was highly disappointed that Jungle Larry and his wife Safari Jane were off in Africa somewhere, filming wildlife and obtaining animals to bring back with them.  But the highlight for all the other kids was watching the big cats show. The trainer had a whip and rewarded/distracted the lions and tigers with the biggest pieces of meat I’d ever seen. We sat in a little bleacher section just behind the tall, narrow cylindrical wire cage. It looked flimsy to me, although I’m sure it wasn’t, and I was scared to death the trainer would be mauled any second. Plus, the aroma of big cats and raw meat in the Florida sun is not one I’ll ever forget.

In five minutes, I was begging my dad to leave, and restricted all future lion viewing to the TV show Wild Kingdom. Jungle Larry’s is now the wonderful Naples Zoo, delighting a new generation of kids. I did ask my own daughter whether she had any fun memories of Jungle Larry’s I could share. She said, Mom, you never took us there. Ohhhh. Right. Sorry, sweetie. 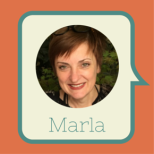 When you find out that your bed and breakfast is a stop on a ghost tour, I think it’s important to listen in. So when I came home from dinner my first night in Key West, I sidled up to the group gathered outside and heard the story of the doctor who’d lived there a hundred years prior. According to the guide, the doctor was still hanging out in spectral form and he had a certain fascination with electronic devices, hiding cell phones and such from unsuspecting guests. Of course, every time I find out my B&B is haunted, I feel disappointed when the ghost doesn’t come visit me—as if it’s an amenity that the hotel has failed to deliver—so I thought, “Okay, sure, whatever,” and scooted off to bed. The next morning, I was returning from breakfast, and I noticed my iPod sitting on a table. Outside my room. With no headphones plugged into it. This is the only time in my entire life that the most logical explanation I could come up with was, “The ghost did it.”

Some years ago when I was still acting, I got a job playing Puck in an adapted version of “A Midsummer Night’s Dream” at the Florida Studio Theatre in Sarasota. I hurt my back, and took a bus to a chiropractor a few miles from the theatre. After my appointment, I waited for a bus to take me back. And waited. And waited. This was the days before cell phones and Uber – yes, there was such a time – so I couldn’t reach anyone to share my predicament. I finally began walking to the theatre. I’d gone only a few blocks when a car pulled up, driven by one of the state’s ubiquitous senior citizens. “Do you need a ride?” the elderly man asked. Figuring he was a harmless gentleman doing a good deed, I said yes. I got into his midsize sedan and thanked him profusely. We made a bit of small talk, and then he asked, “Are you a teenage prostitute?” I thought he was kidding, so I laughed and said, “No, I’m an actress, and don’t make the mistake of confusing the two.” My lame quip sailed right by him. “So you’re not a teenage prostitute?” he asked. “Absolutely not,” I said, now more outraged than scared. The man made a sharp left into a mall parking lot. “You can get out here,”  he said. Yup. When he realized that I was not a “teenage prostitute,” he booted me out of the car.

That was one of my two most memorable experiences in Florida. The other was scarier. But I’ll save that for another post.

Two of my best friends—I’ll call them K & R to protect the not-so-innocent—and I all spent the summer between our junior and senior years of college interning in Ft. Lauderdale/Miami. Everyone from your nana on down to your baby cousin knows about South Beach and I couldn’t wait to experience it firsthand. There was only one problem. I wasn’t 21. Of, course, my friends and I refused to let that stop us from having a good time. We hatched a plan. I would just use K’s ID to get into a club. In our college-aged wisdom, we figured the bouncer would barely glance at it anyway. Our plan was foolproof. What could go wrong?

Then we tried it the weekend that K turned 21. I was nervous as all get out, but I also was ready to party. I was up first in the club line. I handed K’s ID to the bouncer. He looked at it and immediately said “Happy Birthday!” He might as well have said, “You are going to be so busted.” I was panicking on the inside, but still managed to calmly hand R the ID under the guise that she was the night’s Designated ID Holder. R gave the bouncer her own ID with no problems. Then she handed K her actual ID and we waited—all sure that he would realize that he’d just seen this exact same ID not even 30 seconds earlier. He looked it for a bit. Then finally looked at K. After what felt like forever, he spoke.

“Oh. Another one. Happy Birthday!”

Have a Florida story? We want more! Share yours in the comments below.