Legendary – okay, some would say infamous – Louisiana governor Edwin Edwards turns 90 today. He was the state’s governor when I was in college. He was actually governor when a lot of people were in college, considering that he served four terms and had one of the longest tenures of any governor in American history.

Whatever you think of his politics and corruption scandal, Edwards was – is – quite the wit. A few of his best lines…

* “The only way I’ll lose this election is if I’m caught in bed with a dead girl or a live boy.”

* “David Treen is so slow it takes him an hour and a half to watch ‘Sixty Minutes.’”

* Warned against marrying a woman 51 years his junior, Edwards is rumored to have responded, “Well, if she dies, she dies.” (They married and have a four-year-old son together.)

* When David Dukes was an opponent in a race, Edwards said of the Ku Klux Klan white supremacist, “The only thing we have in common is that we’re both wizards under the sheets.”

Edwards’ personal peccadilloes earned him a reputation as a playboy, despite three marriages that produced six children. (Another great Edwards quote: “They make Viagra from my blood.”) 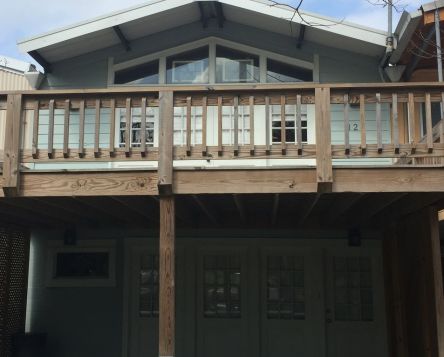 This boathouse on Lake Pontchartrain is said to have been Gov. Edwards’ New Orleans getaway. It’s available for rental stays through vrbo.com

His professional peccadilloes earned him a ten-year federal sentence for racketeering. He served a big chunk of his time – and just three years after his release, made another run for Congress. (His bid, while impressive for its gall, was unsuccessful.)

Edwards’ reputation as a character and ex-con dwarfs his accomplishments both as a congressman and a governor. Louisiana citizens have a love-hate relationship with him. But at least he was entertaining. And personally, I don’t find much entertaining about politics these days.

I’ve always wanted to meet Edwards, who inspired Quentin MacIlhoney, the witty, genially avaricious defense attorney in my Cajun Country Mystery series. I haven’t met him in person yet, but I recently got to do a telephone interview with the governor. If you’re wondering what he’s up to these days, click here.

My dream is to spin Quentin MacIlhoney off into his own series. I’m thinking about retiring him as a lawyer and turning him into a P.I. because he’d have more leeway to bend the rules and the laws. Then again, when I take a look at Edwin Edwards’  life and his “creative” take on rules and laws,  I think maybe I should make Quentin a governor.

Readers, I’ll be on an East Coast college tour with our rising senior when this posts. I love our comments conversations, I’ll just be joining in later than usual.