We’re thrilled to have Mary Higgins Clark, Agatha, Lefty and Anthony award nominated writer Nadine Nettmann with us today to celebrate the release of Pairing a Deception, the third book in her Sommelier Mystery series. It’s out May 8, but you can preorder your copy now! 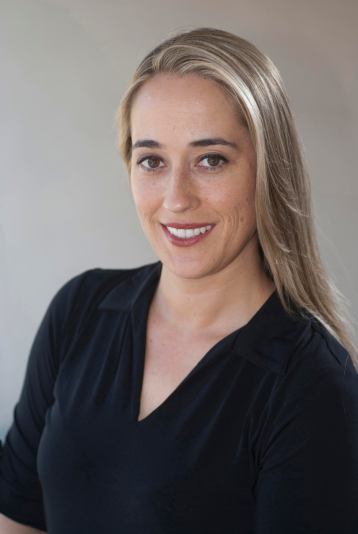 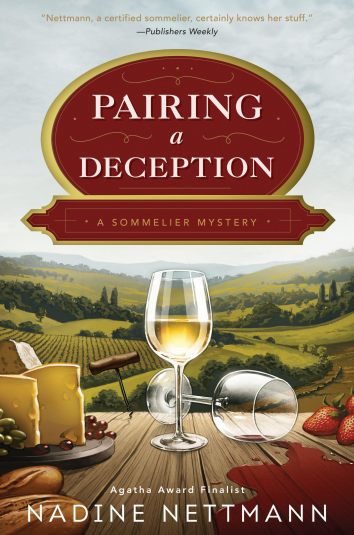 Hi Nadine! Thanks so much for stopping by Chicks. As you know one of the things we love so much about the Sommelier series is how well you use the subject matter in your books. What can we readers expect with this third book?

Thanks so much for having me! I love the Chicks blog and all of the Chicks! For this third book, I developed the relationship between Katie and Dean a bit more—not a spoiler, so don’t worry. I also added in a few fun answers to questions I’ve received over the past few years such as how to pronounce sommelier and some more blind tasting experiences. It was fun to write and I hope people enjoy it!

We’re sure they will! What was the research process like? We have visions of you just sitting around being fabulous drinking lots of fabulous wine but we know there’s way more to it than that.

It’s totally just sitting around drinking fabulous wine, right? 😉 This might sound weird, but there’s actually not a lot of research that goes along with the books. I had to study so much for the sommelier certification and I’ve retained a great deal of that information. The most research actually comes from the chapter pairings as I spend a lot of time finding the right wine to fit with each chapter.

Speaking of the wine pairing suggestions, how do you come up with those?

I’ll be honest, I wish it was a quicker process but I actually take a lot of time to think about the perfect pairing. The wines are always paired for a reason, such as tense situations or people dying (spoiler alert!), and there’s a lot of thought that goes into it even if sometimes the reason for the pairing isn’t 100% clear at first glance. I’ve also been careful not to repeat a wine throughout the series so with over 100 chapters, there are over 100 unique pairings to enjoy or possibly drink as you read. Please read responsibly.

We definitely will. What are you reading now?

I’ve just finished Lori Rader-Day’s new book, Under a Dark Sky, which comes out in August. It was amazing and readers are definitely in for a treat. And I’m just diving into Alison Gaylin’s If I Die Tonight. I have so many books on my TBR pile and I’m SO excited about all of them.

Sounds like a great list. We have one more question for you. You have a great dedication in your book. Can you tell us about that and how did it come about?

I was editing Pairing a Deception when the California fires started last year. From the first few hours of the fires, I knew I was going to dedicate the book to the areas, but as the fires continued to grow, so did the dedication to encompass all of the areas affected. I’ve been able to visit nearly all of them in the last few months and it’s heartwarming to see how much the communities are rallying and recovering. As you drive through, you see signs about coming together and signs thanking firefighters and first responders. It makes me tear up a little just thinking about it.

We’re so glad that the areas are recovering. Thank you so much for stopping by.

Nadine Nettmann, a Certified Sommelier through the Court of Master Sommeliers, is always on the lookout for great wines and the stories behind them. She has visited wine regions around the world including Chile, South Africa, Spain, Germany, and every region in France. She pairs each chapter with a wine in her Sommelier Mystery Series and her debut novel, Decanting a Murder, was nominated for the Anthony, Lefty, and Agatha Awards. Her second book, Uncorking a Lie, was a finalist for the Mary Higgins Clark Award. Nadine lives in California and is the vice-president of the Southern California chapter of Mystery Writers of America.

About Pairing a Deception:

Katie is on Cloud Wine at a Santa Barbara Festival…until a new mystery is uncorked.

With only a few days left until her Advanced Sommelier exam, Katie Stillwell hopes to balance studying with attending a wine and food festival in Santa Barbara.

The weekend with Detective Dean is off to a great start―until an attendee is murdered and suspicion falls on the festival emcee, Master Sommelier Hudson Wiley. Katie tries to keep her focus on the festival and her last-minute studying, but when she discovers people aren’t who they say they are, she finds herself in the middle of a tangled web where nothing, except the wine, is what it seems.

Readers, please take a moment to congratulate Nadine on her new release. And let us know if you’ve read any of her previous books–and tried the wine pairings!