Here it is, my obligatory Malice Domestic post! Actually, it’s my second. Yesterday I was over at Cozy Up with Kathy blogging about the fact that the thirtieth Malice happened to coincide with my fifth visit (although not in order), so it felt like a bit of an anniversary for me as well. Today, I thought I’d share a fun photo album.

These photos are actually from Left Coast Crime, but I filled the big green suitcase with the same amount of swag for Malice. (Note that swag went into the big suitcase, clothes and what others would consider essentials, into the small one.)

I assumed the suitcase would come home empty from Left Coast Crime. It didn’t. Same with Malice. #OtherPeoplesSwag.

My Malice donation basket. Went to a little lady named Tammy Barker, which is now the name of the bitchy country star in my fifth book. Don’t worry, Tammy’s not mad at me – she won the naming in the auction. 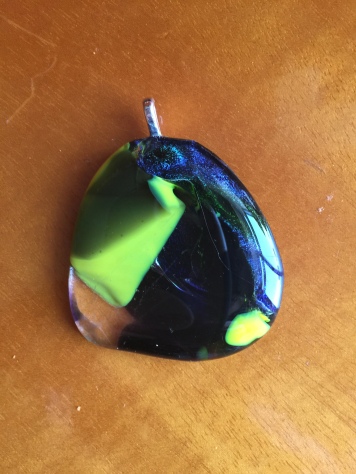 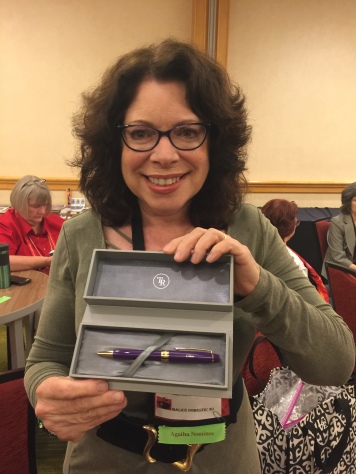 I got two presents! A gorgeous handmade glass pendant from my friend, Cheryl Hollon, author of the wonderful Webb’s Glass Shop mysteries. And a pen I LOVE from Tammy. (Told you she wasn’t mad at me.) 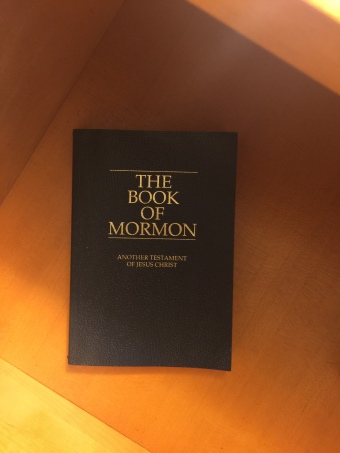 I finally got to see “The Book of Mormon!” For free! Oh, wait… 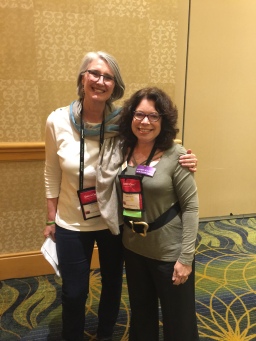 My panel. Note legends Margaret Maron and Louise Penny, both dolls. I told Louise that I introduced my mother to her books and it would be a great surprise if she could give Mom a call sometime during the convention. Louise did so right there and then. Here’s my mother’s reaction (she’s Elizabeth Seideman):

As I told Louise, the takeaways from this are that my mother won’t come to California for her granddaughter’s high school graduation but she’ll go to Three Pines, proving she loves Louise more than me. But she still wants chocolate for Mothers’ Day, proving that she loves chocolate more than either of us. 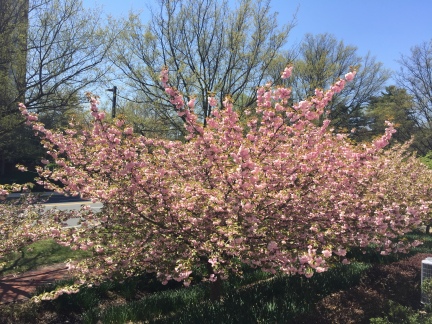 The cherry trees were in bloom! Haven’t seen those since I was a kid. 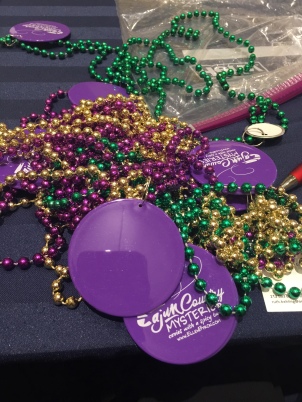 Swag epic fail. They all got tangled together. I tried to coax Art Taylor’s young son Dash into untangling them for me – “Hey, you’re a kid! It’ll be fun!” – but he wasn’t buying. A woman who used to work at a knitting shop finally helped me out. 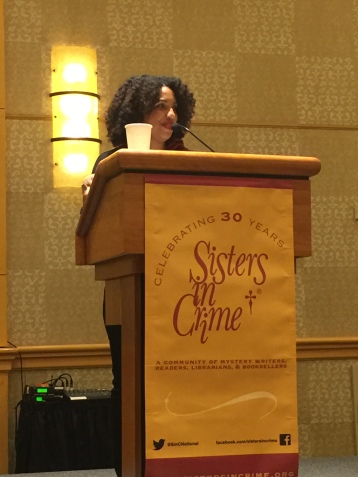 Our very own Kellye Garrett rockin’ the Sisters in Crime brekkie. She won some kind of award at the banquet, I think. To be honest, I was pretty drunk. 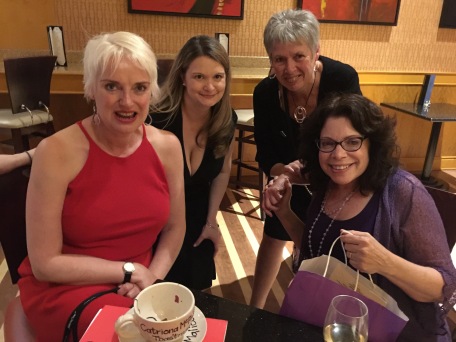 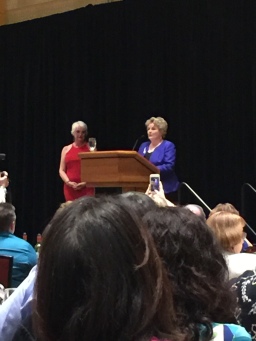 The obligatory convention photos that include Catriona McPherson. That’s Elisa Varey and Vicki Delaney in the BG. (Pick up Vicki’s series, they’re fun reads. And of course, Catriona has yet to write a bad book, damn her.)  That’s Oscar nominee Brenda Blethyn in the second photo, receiving the Poirot Award. She was gorgeous and charming and I got to talk to her! For a second.

The banquet table Leslie and I co-hosted with our delightful tablemates. Lookin’ good in those masks, ladies and gents! 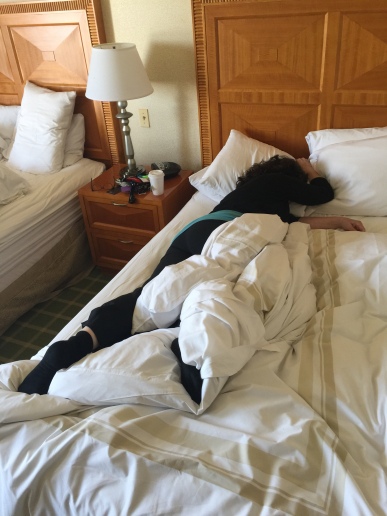 And it wouldn’t be a  mystery convention if I wasn’t dead to rights at some point, splayed out on a hotel bed moaning about how tired I am but refusing to stop convention-ing for more than two minutes.

There you have my Malice 30 photo album. I already registered for Malice 31, so set your clocks to this time next year for another obligatory post! 😉

Readers, have you been to a mystery conference or convention? What’s your favorite memory?

44 thoughts on “Malice-iously yours: a photo album”