From gospel to alternative rock heard in everything from auditoriums to Central Park, the Chicks share their first—and favorite—live music memories!

I honestly don’t remember my very first concert, but when I was around twelve, they had free concerts in Central Park during the summer and my mother, bless her heart, took me to some. I remember seeing Tina Turner once, and Judy Collins another time. What I remember most vividly, though, is the setting – twilight turning into nighttime, illuminating the New York City skyline behind the park and the outdoor Delacorte Theater. Later, when I lived in the city and would go see Shakespeare in the Park, I still reveled in the magic of NYC’s “golden hour.” 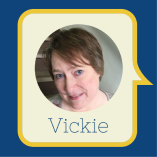 The first concerts I went to were gospel singings, featuring Southern gospel quartets. My parents would pack up us kids and take us along to the old Ellis Auditorium in downtown Memphis. (I still have a soft spot for tight four-part harmony). I think the first concert my sister and I went to sans parents was Barry Manilow. It was especially memorable because our friend Karen camped out to buy tickets and scored us floor seats about 12 rows from the stage! We stood up most of the concert, danced to Copacabana—“she would merengue and do the cha-cha.” We even rushed the stage a couple of times! (Okay, I can hear some of you giggling from here.)

Before there was One Direction and Backstreet Boys—and after there was Frankie Lymon and the Teenagers and the Jackson 5—there was Menudo. Menudo was a boy band known for it’s catchy Latin Pop music and kicking members out as soon as they finished puberty. (Don’t worry, there was always a pre-pubescent replacement  waiting in the wings.) They were the group that brought us Ricky Martin. They were also my first concert. Like many teenagers in 1984, my older sister was obsessed with them, which meant my little bro and I were obsessed with them by default. So much so that my poor parents made the trek to Madison Square Garden for Menudo’s first U.S. tour. Our seats were so high that Charlie, Robby, Ricky, Roy and, my personal fave, Ray, were nothing more than specks. Not to mention, I didn’t speak Spanish. I didn’t care. At all. I was in the same (very big) room as Menudo!

My first concert was Styx, and it was so long ago I barely remember it. But I loved the song “Best of Times” and I’m sure that was the highlight of the evening. My favorite concert? Hmmm… Well, there are three that really stand out. The first was an obscure new wave band called The Judy’s that was like Austin’s version of Devo. The second was when I saw Elvis Costello at an outdoor venue surrounded by enormous oak trees, and it was perfection. And the third was seeing Lyle Lovett at the Mountain Winery in Saratoga, CA, which may be the world’s loveliest venue, with outdoor seating, gorgeous weather, and, of course, WINE!

The first real concert I ever attended was Billy Squier and Foreigner at the downtown Rochester War Memorial with my boyfriend (now husband, yay).  It is so hard to choose a favorite concert, and I’m sure I’m forgetting some, but the nominees are as follows: (1) The Police/The Fixx/A Flock of Seagulls, (2) David Johansen/The Clash/The Who, (3) Heart/Cheap Trick/Journey, (4) REM, (5) Sting, (6) The Thompson Twins, (7) Supertramp. Annnnnnd now I’m going to put on some old songs and dance around. #somanymemories

My first concert? Chicago, in the nosebleed section at the decrepit New Haven Coliseum. It was also one of my first official “dates”– a good drive from home (my parents liked the guy a lot more than my other boyfriend). We were surrounded by a haze of late-70s pot smoke but my most vivid memory is that someone OD’d in the row in front of us and had to be stretchered out of there down some very steep, concrete steps. I was horrified. Since then, I think I’ve been to every kind of concert, from blues to jazz to country to punk to pop to all levels of rock. Most memorable? The Boss, The Cure, Taylor Swift, U2, They Might Be Giants, and Old Crow Medicine Show. My all-time most memorable concert was probably at the Austin City Limits Music Festival, where my husband and I got engaged–but I can’t remember who was playing. Tom Petty? In any case, right now I’m agitating to see The Beach Boys at the shore in August. My husband flatly refuses to attend that one (he even tried to hide the existence of the new Sirius Beach Boys channel from me on our last road trip), so I’m looking for a new date. Ladies????

Readers, drop us a note in the comments below! What was your first concert? Your favorite?

31 thoughts on “Best in Show: The Chicks Share their First Concerts”