Those of you who’ve read any of my Sally Solari mysteries know that, in addition to food and cooking, there’s a fair amount of music in the books: from Mozart and Puccini to Ella Fitzgerald and the Beatles.

Music has been a part of my life since childhood, when I first started playing the clarinet in my elementary school band. I studied clarinet through college, but eventually gave it up, since my fingers could never move with the speed and dexterity required to do justice to the gymnastic parts generally written for the instrument. 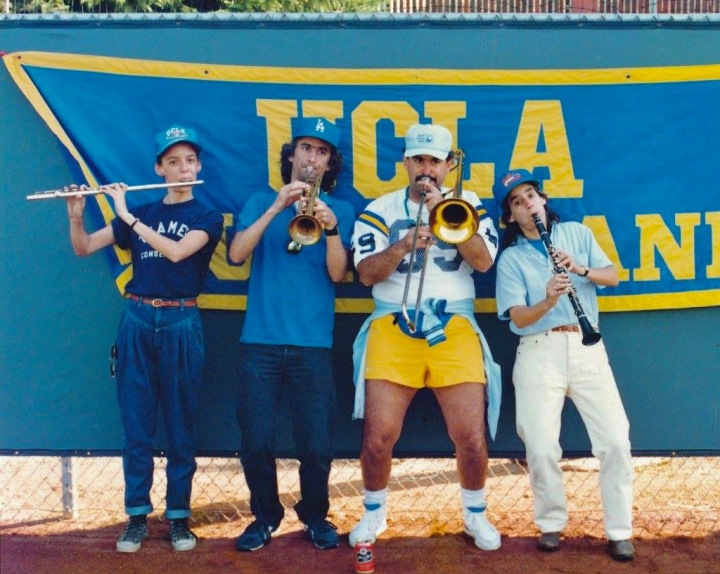 After graduating from university, however, I was hit by the rock ’n roll bug. This was 1978, when the New Wave movement was sweeping the pop world and, inspired by songwriters such as Elvis Costello and David Byrne, I began to pen songs of my own. My brother Richard and I formed a band called Enigma, and I once more took up the guitar (which I’d played briefly in junior high—strumming songs like “Blowin’ in the Wind” and “Puff the Magic Dragon”), and learned to sing into a microphone. We performed at a host of clubs from Santa Cruz to San Francisco.

Zounds, was that fun!

Then law school happened, and I had to get serious. But only for awhile. After a couple of years practicing law, I formed another band—this time with my sister, Laura (because it seems to be a rule for me that all bands must include a sibling). We called ourselves Electric Range, as I’d long been obsessed with food and cooking, and fancied ourselves a sort of “Everly Sisters,” based on our country-pop vocal harmonies.

I once again wrote the songs for the band, and we had a ton of fun performing at local bars, Elks Club dances, weddings, county fairs, and even the odd concert hall (opening for more well-known acts such as Robert Earl Keen, Laurie Lewis, and Stephen Bruton).

I’ve long been a bit of the country gal.

This time around I was determined to get my songs recorded, so we went into the studio to cut an album. The result was a CD entitled Electric Range, with nine original compositions and three cover tunes. I recently uploaded the album online, so if you’d like to have a listen—or even purchase a hard copy or digital version of the CD (yes, please do!)—you can do so here. 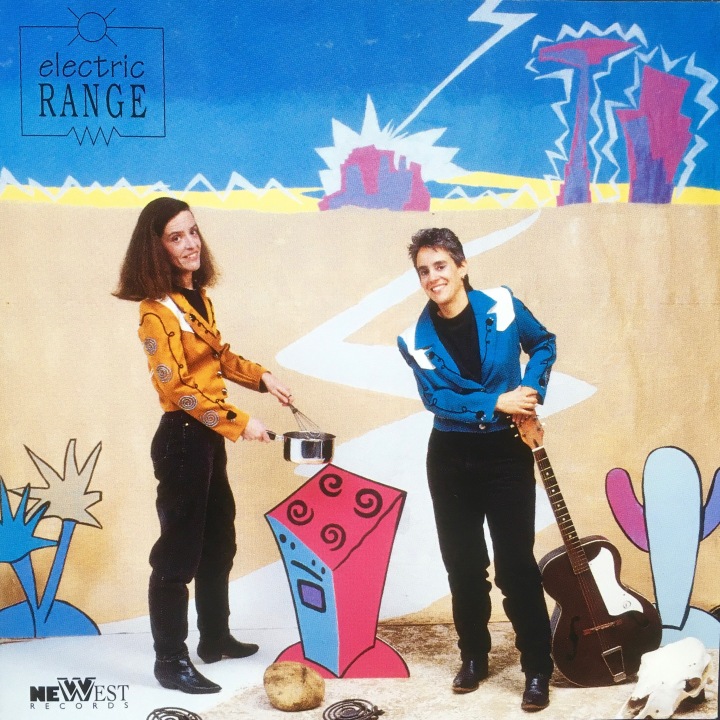 The band broke up some years ago, after I was handed the choice of truly going for it as a rock and roll star by heading out on tour as an opening act on the East Coast, or continuing my career in Santa Cruz as an attorney. Yes, the lawyer won out, I’m a mite embarrassed to admit.

These days, I still do sing. But I’ve traded schlepping around drum kits and PA systems for singing alto in my local community college chorus. So I’ve now come full circle, from playing Mozart’s Clarinet Concerto as a high school student to singing his sublime Requiem as a sixty-something grownup.

And you know what’s funny? The biggest, most exciting venue I’ve ever performed at has been with the Cabrillo College Chorus. For it was with that ensemble that I was privileged to sing at Carnegie Hall—America’s concert hall.

Readers: Have you studied an instrument or sung in a band or chorus? What do you think of music in mystery stories?

30 thoughts on “Music in my Blood”