Ellen here and I am so happy to welcome Howard Michael Gould to the Chicks. Howard is a  fellow sitcom and writer/mystery novelist, author of the awesome Charlie Waldo mysteries. He just completed shooting on the film version of Last Looks, the first book in the series. It stars Charlie Hunnam and Mel Gibson, and I can’t wait to see it!

A Daughter Inspires a Dad

My daughter Amanda has no particular interest in crime novels. Yet it’s no stretch to say that if it weren’t for her, I wouldn’t be a crime novelist.

Amanda’s a born activist, engaged since early childhood with animal issues, later with African issues, and ultimately with a range of women’s and sexual assault issues, the area in which she’s made her career.

Eight or ten years ago, while still in high school, she discovered and sent me a link to The Story of Stuff, a trenchant yet highly entertaining video by Annie Leonard about how we’re tearing through the Earth’s resources in service of a planned consumerism which simultaneously makes us ever more unhappy.

I watched it over and over.

I was still a screenwriter at the time, and as it happened I was looking for an idea for a unique private eye to build a TV series around. With that video gnawing at me, I came up with Charlie Waldo, a tortured, pathologically environmentalist ex-cop. It’s a story for another day, but eventually that TV concept morphed into a movie script and later into my first novel, Last Looks. (Which is now, in turn, being made into a movie—a story for another another day).

True to the franchise’s roots, environmental and social issues are woven through the Waldo books. In the second, Below the Line (out August 13th), Waldo encounters the horrific world of sex trafficking. No accident there: I had learned a lot about the breadth of that under-discussed tragedy and its proximity to our lives in Los Angeles because Amanda had been working with a vital organization called Saving Innocence. Those sections of the book draw heavily from what I learned from her and from sources she steered me to. 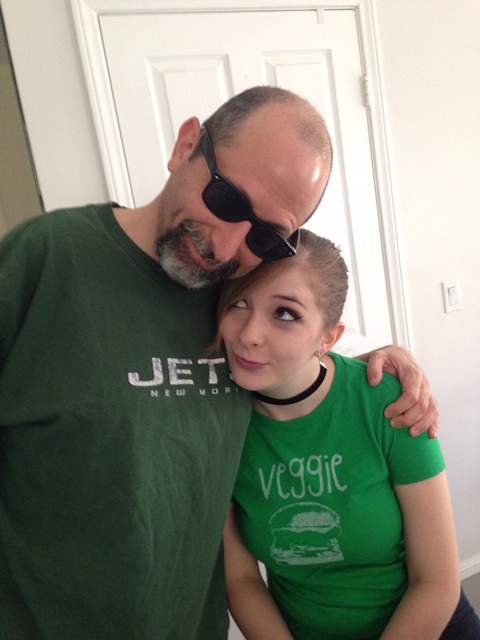 No doubt Waldo and his books will continue to be the better for all I keep learning from Amanda. I’m a lucky writer in many ways, not least because I’m a lucky–and extremely proud–dad.

Readers, is there a son, daughter, or sibling who inspired you?

BIO: Before turning to a life of crime, Howard Michael Gould spent five years on Madison Avenue and twenty-five more writing, producing and directing comedies in Hollywood, along the way winning three Clios and a Golden Globe. The film version of his debut novel, LAST LOOKS, starring Charlie Hunnam and Mel Gibson, is in post-production. His second, BELOW THE LINE, also featuring the eco-maniacal detective Charlie Waldo, will be published by Dutton this month. Visit him at https://howardmichaelgould.com/