The Chicks are happy to welcome back Lois Winston, who writes the bestselling Anastasia Pollack Crafting Mysteries. Take it away, Lois!

When I was twelve years old, I wanted to be an astronaut. I could think of nothing I wanted more than to travel among the stars — until the stark reality of cause and effect smacked me upside the head. You see, I’m one of those people who gets more than a little queasy if I ride in the back seat of a car.  Because G-force and I would not get along, my astronaut career died before it ever got off the ground — pun intended.

So I turned to my next love, Broadway theater. However, once again, reality sucker-punched me. Broadway isn’t interested in singers who can’t sing and dancers who can’t dance. Who knew? As I got older, I became more realistic about my options and eventually went to art school. After graduating, I carved out a successful career as a writer, editor, and designer in the consumer crafts industry, responsible for creating many of the craft projects featured in magazines and books and the craft kits sold in stores. It was a cool career. I basically got to play most of the day. And unlike crafters who sell their wares at craft shows and in specialty shops, I didn’t have to make the same necklace or wreath or doll or quilt over and over and over again.

Then I got the urge to write fiction.

I worked to hone my writing skills, joining writing organizations, taking workshops, and attending writing conferences. Nearly ten years to the day that I first sat down to pen what turned out to be The Great American Drivel, I sold my first novel.

One lesson I learned early on was Write What You Know. This doesn’t mean an author should only write about personal experience (after all, I doubt Charlaine Harris and Stephanie Meyer have had up-close and personal dealings with zombies, vampires, and werewolves), but an author needs to know her subject inside-out. The world she creates, whether set in the past, present, or an alternate reality, has to be convincing to the reader.

So, it should be pretty clear by now that I don’t have any astronauts, singers, or dancers as protagonists in my books, never having traveled to the stars or been one. What I do know is crafts. Therefore, it should come as no surprise that crafts have played a large part in many of my books, no matter the genre. And it’s why in 2003 when an editor told my agent she was looking for cozy mysteries featuring crafters, my agent thought of me. I sat down and created Anastasia Pollack, magazine crafts editor and the reluctant amateur sleuth of my Anastasia Pollack Crafting Mystery Series.

Fast forward seventeen years. A Sew Deadly Cruise, the ninth full-length novel in the series is now available. I continue to write what I know—at least when it comes to the crafts in my books. I rely on experts for the ins and outs of the murder and mayhem I subject Anastasia to. Writing what you know doesn’t preclude the need for research. Still, I doubt I’ll be sending Anastasia off on one of those missions to Mars to teach crafts to the other astronauts or solve any alien murders.

Readers, what did you dream of being when you were a kid?

Life is looking up for magazine crafts editor Anastasia Pollack. Newly engaged, she and photojournalist fiancé Zack Barnes are on a winter cruise with her family, compliments of a Christmas gift from her half-brother-in-law. Son Alex’s girlfriend and her father have also joined them. Shortly after boarding the ship, Anastasia is approached by a man with an unusual interest in her engagement ring. When she tells Zack of her encounter, he suggests the man might be a jewel thief scouting for his next mark. But before Anastasia can point the man out to Zack, the would-be thief approaches him, revealing his true motivation. Long-buried secrets now threaten the well-being of everyone Anastasia holds dear. And that’s before the first dead body turns up.

USA Today bestselling and award-winning author Lois Winston writes mystery, romance, romantic suspense, chick lit, women’s fiction, children’s chapter books, and nonfiction under her own name and her Emma Carlyle pen name. Kirkus Reviews dubbed her critically acclaimed Anastasia Pollack Crafting Mystery series, “North Jersey’s more mature answer to Stephanie Plum.” In addition, Lois is a former literary agent and an award-winning craft and needlework designer who often draws much of her source material for both her characters and plots from her experiences in the crafts industry. 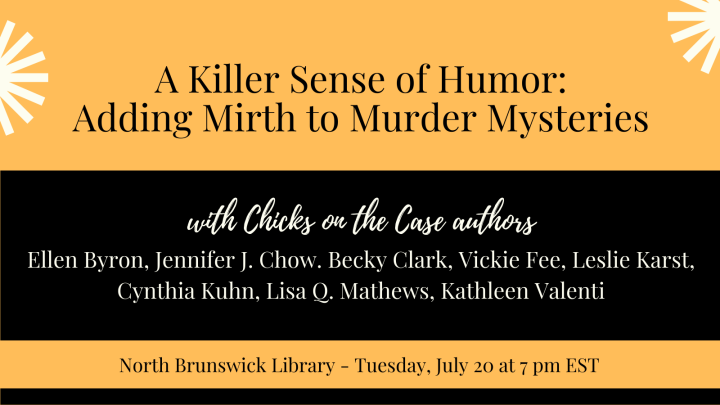