The Chicks are thrilled to welcome back talented and delightful author Alexia Gordon as our guest today! Fatality in F, the next book in her award-winning Gethsemane Brown series, comes out next week! Take it away, Alexia!

The fourth Gethsemane Brown mystery, Fatality in F, debuts on February 26, 2019. This time out, Gethsemane has to clear her friend, Frankie Grennan, of suspicion of murdering his rival in a high-stakes rose-growing competition. She also must save him from a mysterious stalker who leaves floral bouquets that contain coded messages.

I love secret codes and hidden messages. The idea of an object or words meaning one thing to the public but meaning something different, something significant, to those in on the secret fascinates me. Daring tales of espionage in which spies carry coded messages that could win or lose a war, save or end lives, or change the course of history thrill me. I marvel at the ingenuity of the operatives with their ciphers and codes and invisible ink. No less intriguing are the ways people passed secret messages of a personal nature. The stakes of a love letter falling into the wrong hands may be lesser than the consequences of battle plans being intercepted but the parties involved might not want the details of their relationship publicized. (Ask a certain billionaire who foiled a blackmail plot.)

One way to keep the specifics safe from nosy neighbors and disapproving relatives and malicious blackmailers was to send sensitive messages using the language of flowers. Sure, that bouquet of sweet pea, tuberose, red marigolds, and lime blossoms may look pretty on the table near the door. But what the sender’s really after is a racy assignation. Sweet pea* symbolizes delicate pleasure, tuberose, dangerous pleasure, red marigold, passion, and lime blossom—er, hooking up. And that sprig of lady slipper tucked in amongst the other blooms? That means the sender’s love is capricious. Don’t trust them. Instead, send a return bouquet of strawberry, columbine, and yellow carnations. You’re telling them you’re on to their game (strawberry—foresight), involvement with them would be a mistake (columbine—folly), and you’re not having it (yellow carnation—rejection). A beautiful way to say, “All kinds of nope.” (I bet the aforementioned billionaire wishes he’d “said it with flowers” instead of sexts.)

*N.B. one flower may have several meanings. The message changes depending on the other flowers in the bouquet. In the language of flowers, the sum says more than the parts.

Floral cryptography has an official name, floriography. The fount of all information, otherwise known as Wikipedia, dates floriography back to Turkey during the Ottoman Empire. Shakespeare used it. Remember Ophelia? When she sings of rosemary, pansies, and fennel (Hamlet, Act 4, Scene 5), she’s singing the language of flowers.

Floriography had its heyday during the 19th century. For the decades between 1820 and 1880, hundreds of books describing flowers and their meanings appeared in Europe and the U.S. Some, like Kate Greenaway’s 1884 Language of Flowers(the first floriographic guide I bought—from a Smithsonian Museum gift shop), are still in print. Although floriography’s popularity has waned since the Victorian era, it’s not a dead language. Leah Okies and Lisa McGuinness published the lush and lovely Meaningful Bouquetsin 2016. I discovered their book while doing research for Fatality in F.

Try your hand at reading another language—I leave you with laurestine, agrimony, mullein, and campanula.

Fresh from solving her third mystery—and saving Dunmullach’s firstborn males from a vengeful ghost—Gethsemane Brown’s ready to relax and enjoy her summer. Her plans include nothing more dangerous than performing in the opening ceremony of the annual rose and garden show and cheering on Frankie Grennan, who’s entered his hybrid rose into the competition.

But when a mysterious stalker starts leaving Frankie floral bouquets as coded messages, Gethsemane fears a copy-cat may be planning to recreate the still-unsolved murders of the infamous Flower Shop Killer. Then Frankie’s main competitor in the rose show—and the reason his marriage failed—turns up dead in Frankie’s rose garden. Frankie takes first prize in the category “prime suspect.”

So much for a relaxing summer.

As bodies start dropping like rose petals, Gethsemane must judge the other suspects and find the real killer. Or rose bushes won’t be the only things dead-headed in Dunmullach. 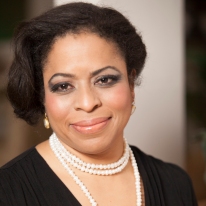 A Virginia native, physician by training, and author by passion, Alexia Gordon writes the award-winning Gethsemane Brown mysteries, from Henery Press. The series debut, Murder in G Major, was a Lefty winner, Agatha nominee, and year’s Best Of in Suspense Magazine. Learn more about Alexia and her books on her website. And connect with her on Facebook, Twitter and Instagram.

Do you have a favorite flower to give or receive? And what is its special “meaning” to you? Please share in comments.