Please join us in welcoming the wonderful USA Today bestselling, Agatha-award-nominated author Gretchen Archer, who writes the Davis Way Crime Capers. Leave a comment below to be entered to win a copy of Double Agent, the latest book in this terrific series, out this week!

How to sustain a long-running series? I’m not sure I know. I don’t know if my Davis Way Crime Capers constitute a long-running series or not. Double Agent, my eighth full-length, released this week. Add two short stories, and that means I’ve stared at ten blank Davis Way pages that miraculously turned into adventures. Actually, it’s closer to twenty blank pages, half of which didn’t (yet), and might never, make it to The End. I’ve had my fair share of false starts, all parked in an Incomplete Draft lot, several times going 100 pages or more in before realizing I was writing the right story at the wrong time or the wrong story with a deadline looming.

One 150 page near-miss I drag out and look at twice a year is “Double Take,” a story about The Real Housewives of Biloxi, where four of my main characters are casts as Housewives. There’s great potential, with the fictional reality show being filmed at my fictional Gulf Coast casino, the Bellissimo, but I can’t make myself watch the show-show on Bravo for more than ten minutes at a time. I’ve tried them all: Atlanta, Orange County, Miami, Timbuktu, and Disneyland. I know the fanbase is out there, the shows are loved, but…not my television. I’m crime drama all the way: Gibbs, Gibbs, Gibbs, and bring back Castle. And if I can’t watch the real-real Housewives, I feel like I can’t write the fictional Housewives with any thread of authenticity. (And those of you who read me also know that’s all I need in the way of story credibility—just one thread.) (Maybe I should try to watch Housewives again.)

Details. They’re hard to remember. Four or five books into my series, I had readers going crazy because I had the wrong character allergic to finned fish. (“Dear Ms. Archer, Fantasy is NOT allergic to finned fish. DAVIS is.”) (“Dear Super Reader Lady, at this point in time, I’ve written and had published more than 300,000 words. It’s hard to remember every single one of them.”) (Did not write that. I wrote back and thanked her.) Several of my detail-oriented writer buddies keep a series Bible going. Spreadsheets with all the details. Never in my life have I ever actually balanced a checkbook, so I’m not a good candidate for facts-and-figures organization on any level, much less extreme. (Spreadsheet = extreme to me.) (Although I keep a ridiculously organized home.) More than once, I’ve wished I could Google my characters: “What is Davis Way Cole’s maternal grandmother’s maiden name?”

Another series problem, too large a cast of characters. Part of keeping a series fresh is expanding the cast. The same characters can’t do the same things book after book. I’m not sure if that’s a reader rule, but for me, it’s a writer rule. I have to meet new people in my manuscripts. If I’m bored writing the book, the readers will surely be bored reading it. Well, meeting new characters each book means each installment of the series has more characters for me to manage in future books. I’ve learned to send a few offstage—traveling in a third-world country without cell or internet service, a month-long sleep study, or my fave, the pokey. I regularly toss characters in prison. Solitary confinement. Where they can’t have contact with the outside world. Or be in a book.

Another challenge, and just part of why my first 50 pages take the most time—story setup is huge for me, gotta get it right, right out of the gate—introducing the characters. Again and again. Their roles, their ages, their physical descriptions, their connections to each other, their backstories in three words or less, their idiosyncrasies written in a different way than I wrote it the book before. Or five books before. Or seven books before. 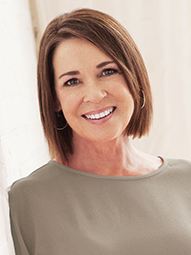 Gretchen Archer is a Tennessee housewife who began writing when her daughters, seeking higher educations, ran off and left her. She lives on Lookout Mountain with her husband, son, and a Yorkie named Bently. She’s had multiple books hit the USA Today bestseller list.