The Chicks are thrilled to welcome back renowned mystery author Edith Maxwell (aka/Maddie Day) and help her celebrate a momentous achievement: her twentieth published book! WOW. It’s the second in “Maddie’s” fab Cozy Capers Book Group series, and to mark the occasion, Edith is giving away not one but two books: a copy of book one in the series, Murder on Cape Cod and a copy of her twentieth book, the second in the series, Murder at the Taffy Shop. We’ll share winners in Monday’s post.

Take it away, Edith!

A Milestone Birthday, or How Did I Get to Twenty?

Ellen, thank you for inviting me back on the blog!

Can you even believe Murder at the Taffy Shop, freshly released this week, is Maddie Day’s and my twentieth published novel? I guess that’s what happens when one (that is Maddie and me) is under contract to write three books a year. They start accumulating.

And speaking of accumulating, I find myself awash in inventory, so I’d be happy to send one commenter a copy of the new book, and another commenter a signed copy of book one in the series, Murder on Cape Cod.

Murder at the Taffy Shop is also my fifth second-in-series, which presents an interesting challenge when I sit down to write number two. The first book made a big splash. How do I keep that momentum going?Who will be the new victim? What intriguing and confounding murder weapon can the new villain employ? Who else will come under suspicion for the crime, and why? (Also, how in the world have I pulled this off five times?)

I don’t plot very much. With the second book, I already have the world established. I know my protagonist, in this case bike shop owner and pathological neat freak Mac Almeida. We have a setting: Westham, a fictional seaside town on iconic Cape Cod. We know her parents live down the street at the UU church parsonage, and her brother and his darling little daughter live as caretakers in a lighthouse. And we have the wickedly meta premise of a book group that only reads cozy mysteries – of which Mac is a founding member – which means a built-in cast of sidekicks.

What I do plot is the victim and the method of death. A murder mystery wouldn’t be much without those, LOL. No spoilers, but the body drops in the fifth chapter. And then, as I’m fond of saying, I follow my characters around and write down what they do. If a fork in the road presents itself, I go for a walk. Ideas always arise about which direction to take.

After the first draft is done, it’s fixin’ time: making sure the puzzle works. Back-filling clues and  those lovely fake clues called red herrings. Making sure my protagonist is leading the action. That I’ve included her reactions (which I always know but sometimes forget to write down in my mad dash to finish the draft) and that I’ve included one or more senses in each scene. And so much more. We pantsers always have a lot to fix, but I wouldn’t have it any other way.

So the answer to how I could have twenty published novels (with at least five more on the way) is that the work makes me happy. I love my job and hope I get to keep doing it for a good long time.

Readers: What has been your favorite job? How about your least favorite? Also let me know if you’ve already read Murder on Cape Cod. 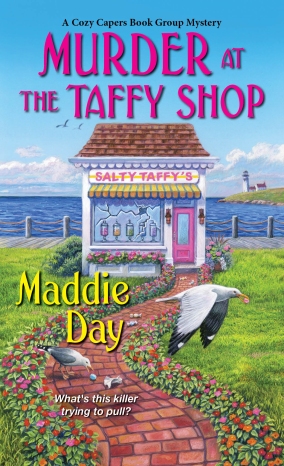 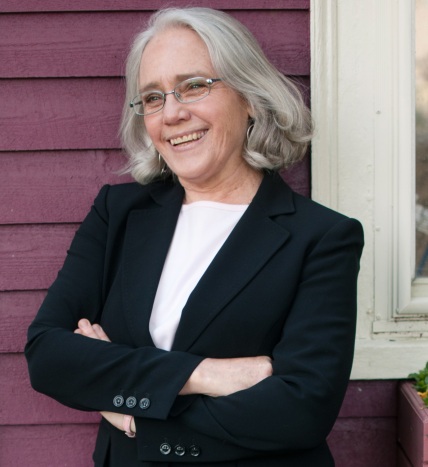 Book two in the Cozy Capers Book Group Mysteries, Murder at the Taffy Shop, is set in August, full season on Cape Cod. When bike shop owner Mac Almeida heads out for a walk with her friend, she finds a horrified Gin staring at an imperious summer person, dead on the sidewalk in front of Gin’s candy shop, Salty Taffy’s. When the police find the murder weapon in Gin’s garage, the Cozy Capers book group members put their heads together to clear Gin’s name and figure out who killed the woman whom almost everyone disliked. After the killer later invades Mac’s tiny house to finish her off, Belle, Mac’s African Gray parrot, comes to the rescue. Murder at the Taffy Shop released March 31 in a paperback exclusive from Barnes & Noble.

Maddie Day – aka Edith Maxwell – is a talented amateur chef and holds a PhD in Linguistics from Indiana University. An Agatha-nominated and bestselling author, she is a member of Sisters in Crime and Mystery Writers of America. She pens the Cozy Capers Book Group Mysteries and the Country Store Mysteries. As Edith she writes the Quaker Midwife Mysteries and award-winning short crime fiction. Maddie/Edith lives with her beau north of Boston, where she’s currently working on her next mystery when she isn’t cooking up something delectable in the kitchen. She hopes you’ll visit her on her web site, sign up for her monthly newsletter, and visit her as @MaddieDayAuthor on social media.